On this site you can see the developement of my HPN BMW R100GS until present day. I’ll update this page on a regular basis of course showing any new modifications.

Registration as a BMW R100GS

It all started 1990 in the BMW Motorrad factory in Spandau, Berlin, and thats my birth town as well. 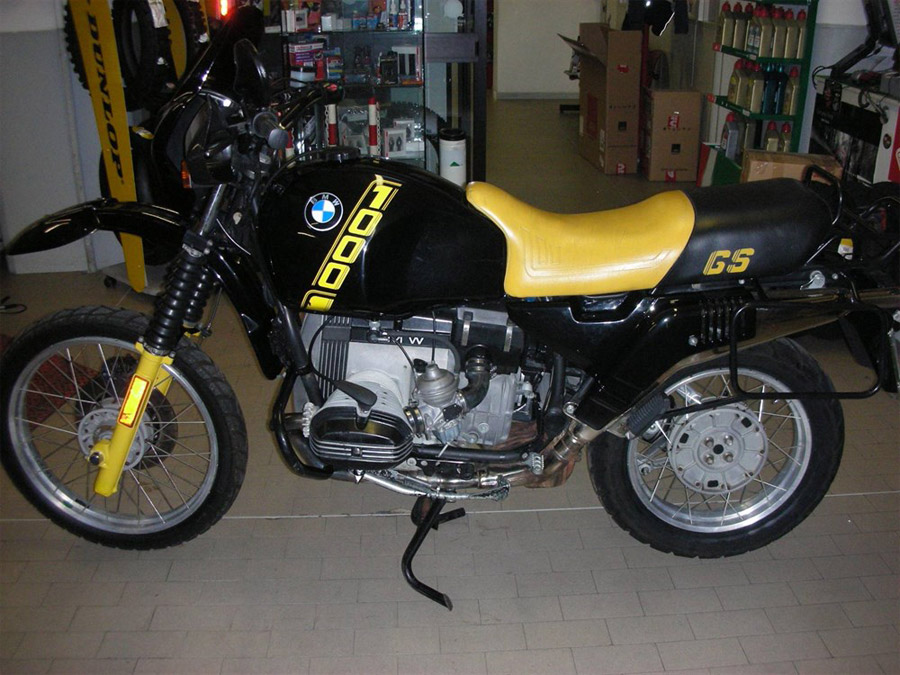 Within the first few months the GS was driven on a regular basis and after about two years the first 10.000 km (6.200 miles) were completed. The BMW GS was a big deal that time, so every lucky owner wanted to ride the bike as often as possible and put some milage on it.

In the following years the GS stayed in the garage, according to my service invoices the R100GS didn’t hit the road much for a while. Good for me and my later on purchase, but it’s kind of sad for the BMW not to be ridden in it’s younger years.

After a long period of time the R100GS switched owners, probably the bike itself was just hoping to be driven more often now, the last few years were kind of meager.

But nothing changed, bummer. The new owner didn’t fall in love with the bike, so a new change of owners happened.

The new and therefore fourth owner started to make first small changes on the bike, Siebenrock tuned it with a SGS exhaust, relocated the oil cooler and they shortened the rear frame a bit. 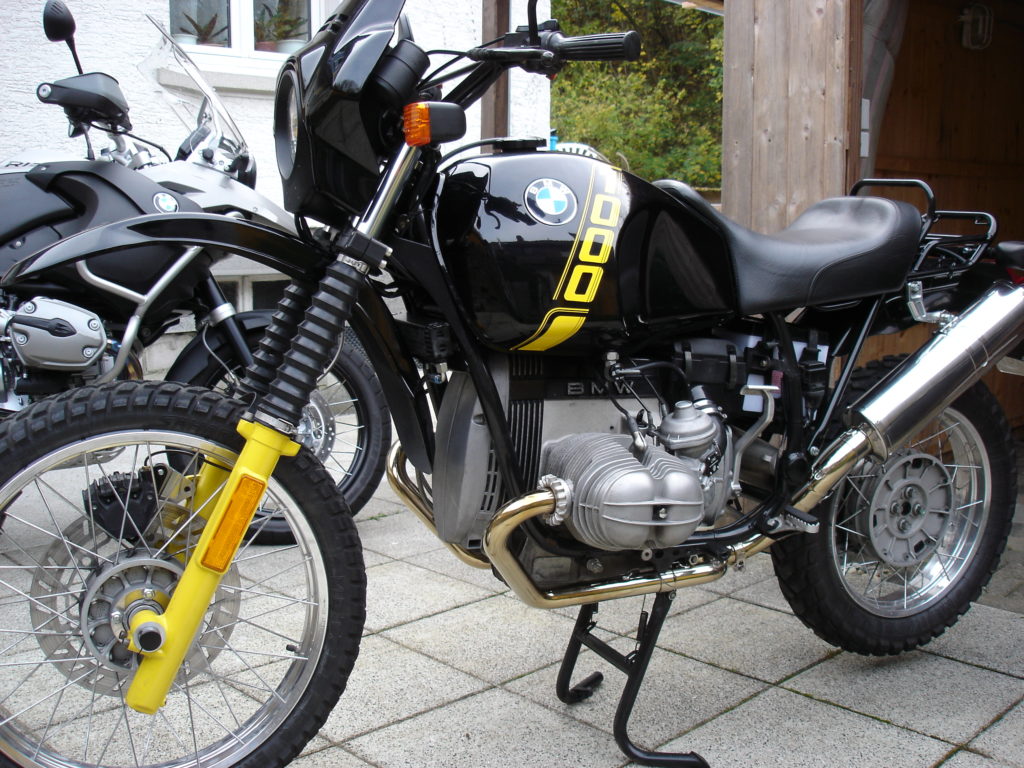 After these small modifications the owner simply forgot to ride the bike, within a year there was just one or two rides to get the motorcycle service done.

In 2011 he made a decision, the black and yellow BMW should get a special treatment and become something out of the ordinary. Therefore he traveled to Seibersdorf, a small town near to Austria many BMW Dakar fans know and love. This is the home of HPN, the company that built most of the Dakar Bikes for BMW.

Afer talking about the bike’s rebuild with Mr. Pepperl, the “P” of HPN, a HPN Sport was ordered early 2011.

The Bike was personally picked up in Seibersdorf. The bike came with a wonderful R100R fuel tank and a seat that really didn’t do anything for the looks of the bike. 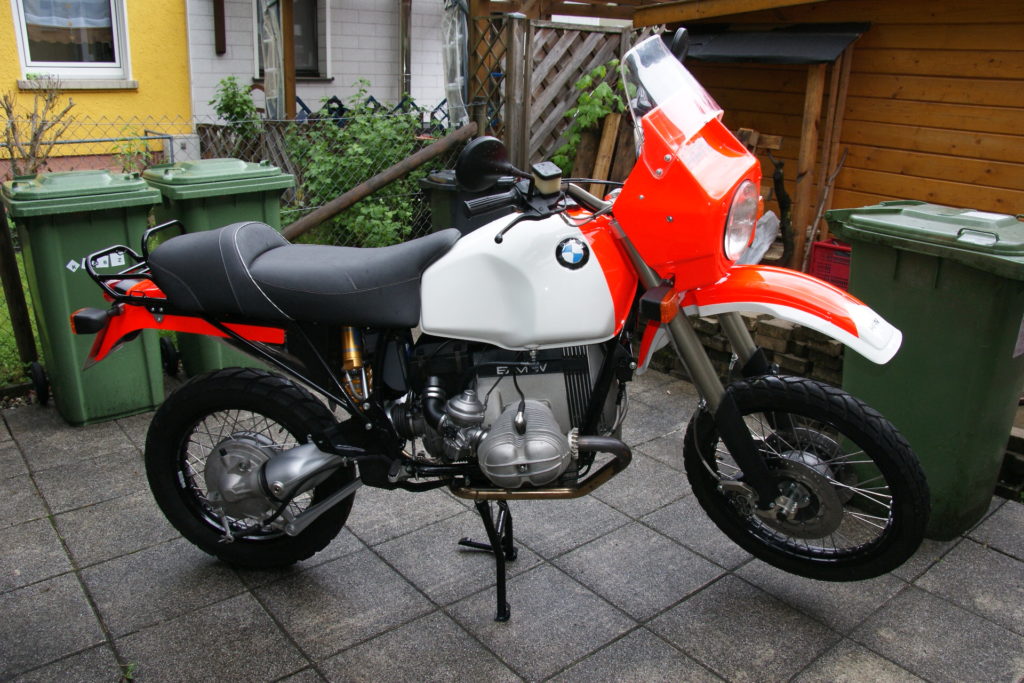 The new speedo now said 3.700 km (2.300 miles), because the Bike got a new doner heart mit that mileage out of a R100R. In addition to the engine the front double disc brake and speedo were “transplanted” to the HPN. We can keep the 25.000 km (15.500 miles) in mind, that’s how old the frame is. Not much more original parts survived the surgery. 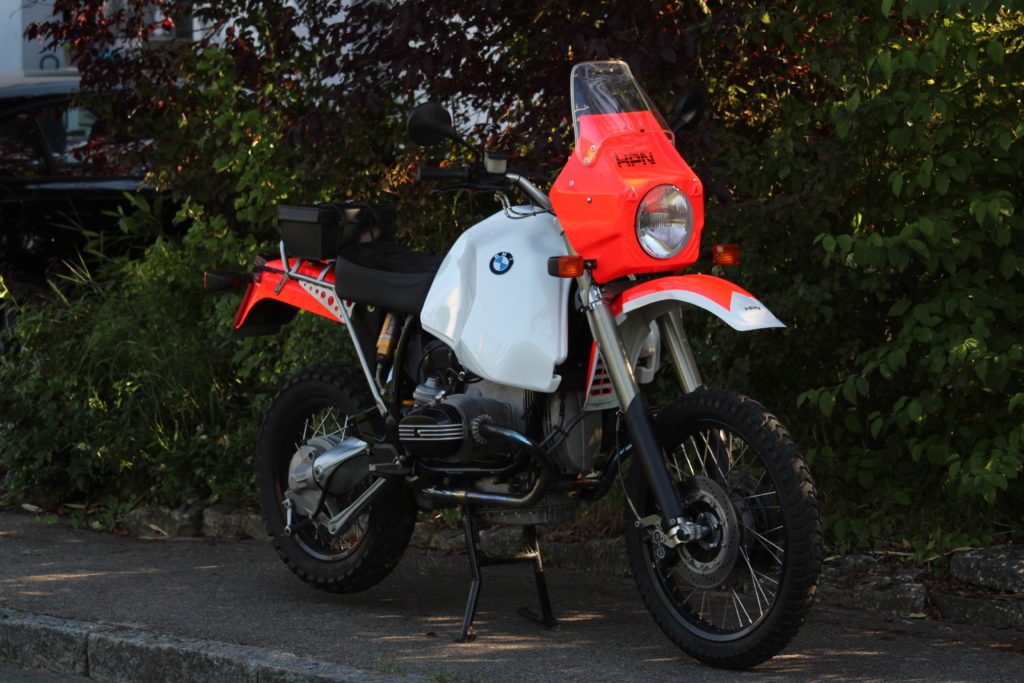 The originally reinforced HPN rear frame was a trade-in to Gletter, I asked for it years later but it was already sold. I like the Gletter rear frame much more, but it would have been nice to have that part anyway, just as a backup.

The owner let himself built another complete bike by Gletter, that was a beautiful master peace, in the meantime it was sold back to Gletter himself. Probably because of now two bikes, there was no time to ride the other bike, so he decided to sell the HPN BMW. 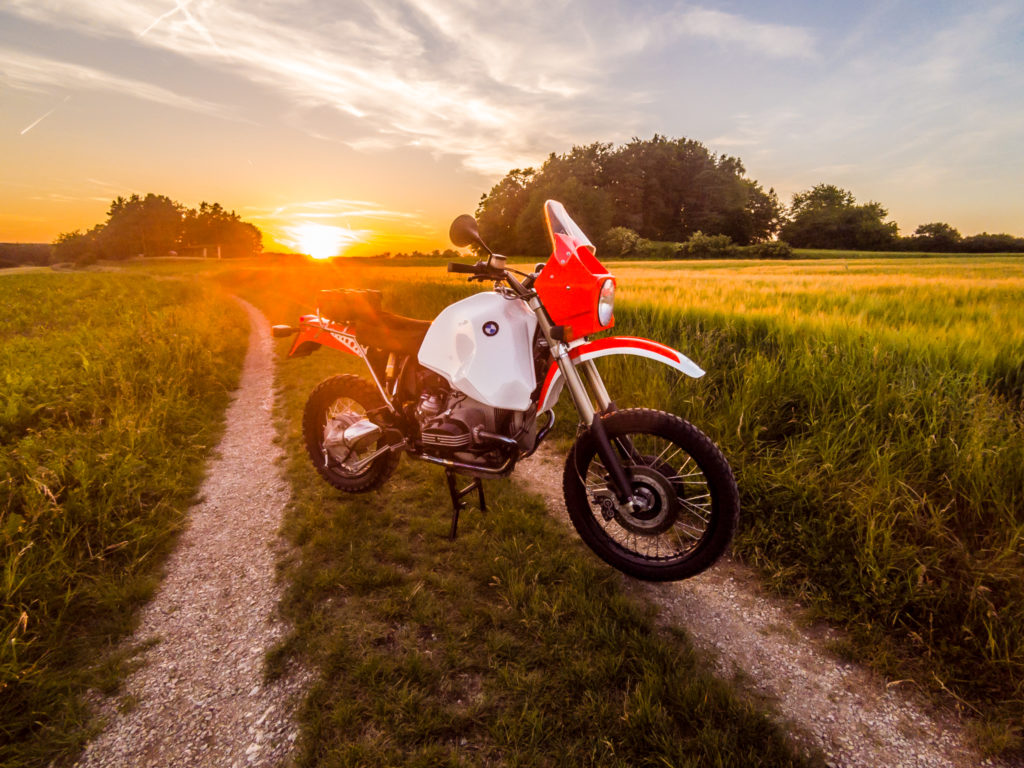 Who became the lucky owner of this beauty? You’re right, that was me!

Before the BMW Motorrad Days 2017 in Garmisch-Patenkirchen began I were able to get a set of HPN decals in the same bright red/orange ish color (RAL3026) and some Acerbis Rallye Brush handguards. 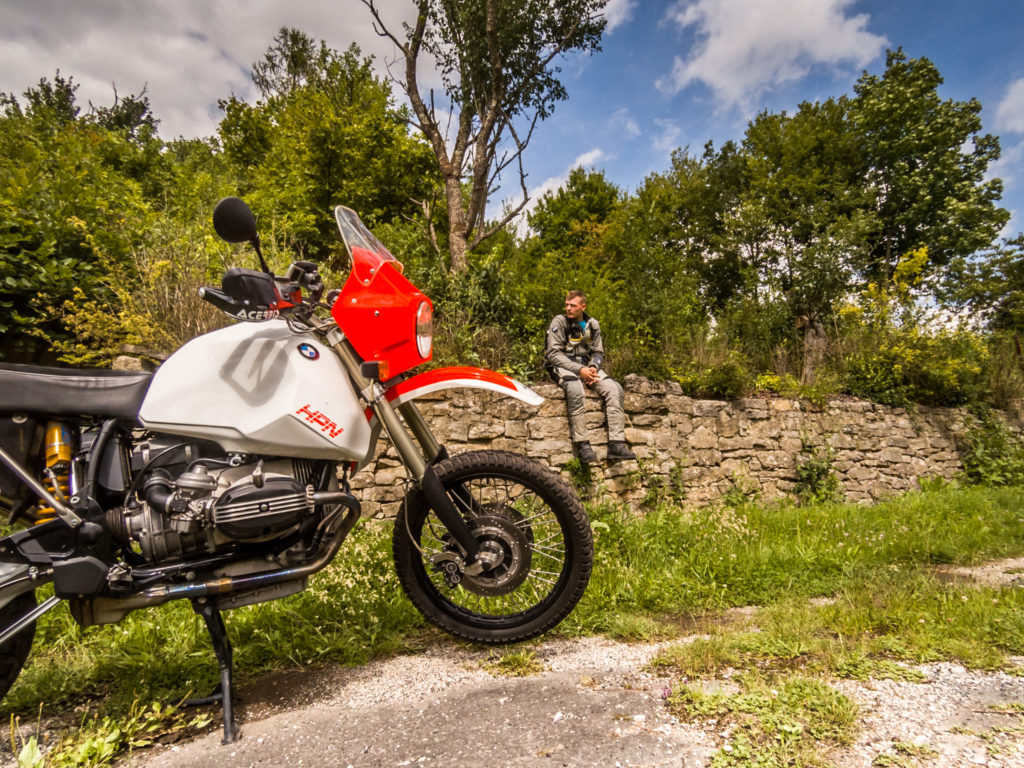 I found some foldable mirrors at FAR for just 25€, they are producing the mirrors for KTM as well, i love them because they almost look like stock, very old school.

Right before my trip to the Friaul region in Italy I wanted to upgrade the HPN and get her a bit more off-road resistent. After many hours searching the internet, i decided to switch my oilpan with distance ring from one without a bashplate to one with a heavy duty one. SWT-Sports offers a 8mm thick bashplate thats mounted directly on the oilpan distance ring. He is using this thing for competitions and I’m sure, that monster of a plate will outlive me. 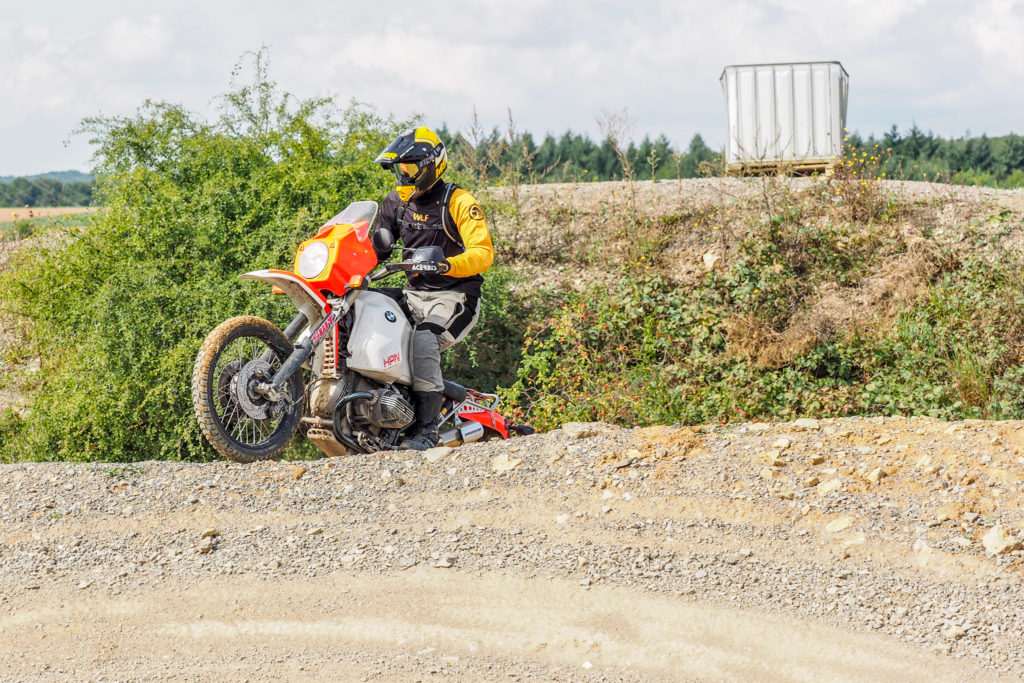 A first and more intense test run I had after my motorcycle trip at the Enduroboxer Meetup, which Manuel of SWT-Sports is hosting annually. My conclusion: Test passed!

All changes until today: