Once a year Manuel from SWT-Sports is hosting a event specially for heavy Enduros with 150kg or more, the Enduroboxer Meetup. It’s not just about meeting others, it’s more like a meetup slash party slash training. Every year the MX Track Schwarze Pfütze is the venue of the event.

For me it was a premier, I knew no one except for Manuel but immediately I felt well between all those ADV Riders. Most of them were riding old BMW 2-valve boxers, many modified by SWT-Sports, so they also feature a strengthen modified frame with central rear suspension with a R1100 or R1150 swingarm. I think I saw (only) two other HPNs but they just stopped by for beer and were not riding with us on the track. Bummer, that’s not what they were built for!

For the training part of Enduroboxer Meetup Manuel invited Simo Kirssi, the flying Finn who won the Erzberg Prologue on a HP2 a couple of times, and Jens Scheffler, also a former champ in the enduro sport with lots of knowledge in training others. For the beginners there was Eddi Hübner, a active national championship rider.

We’ve splitted ourselfs into groups, I ended up in Simo’s group and it was all of the sudden the professional group. Man, was I sweating… Unbelievable how easy everything looks when Simo is doing it, he has a tremendous throttle feeling. Every once in a while we stopped the race trying to stay on his toes and get some theory input. 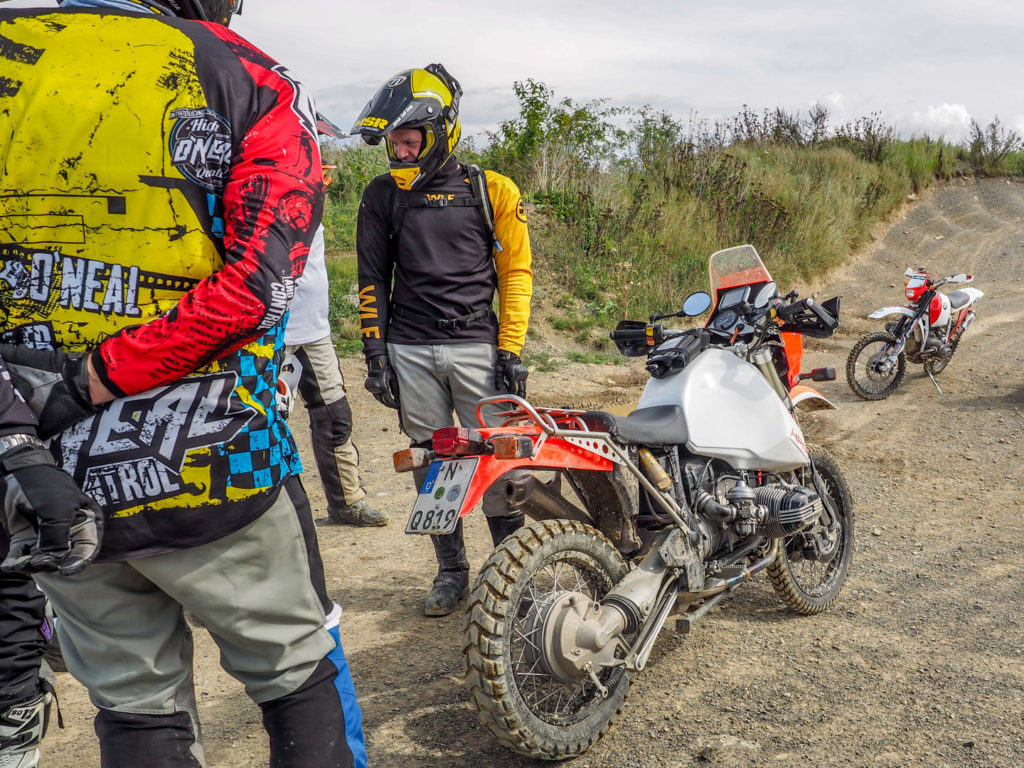 From fast turns to learning how to turn on a slope there was nothing that we didn’t do. 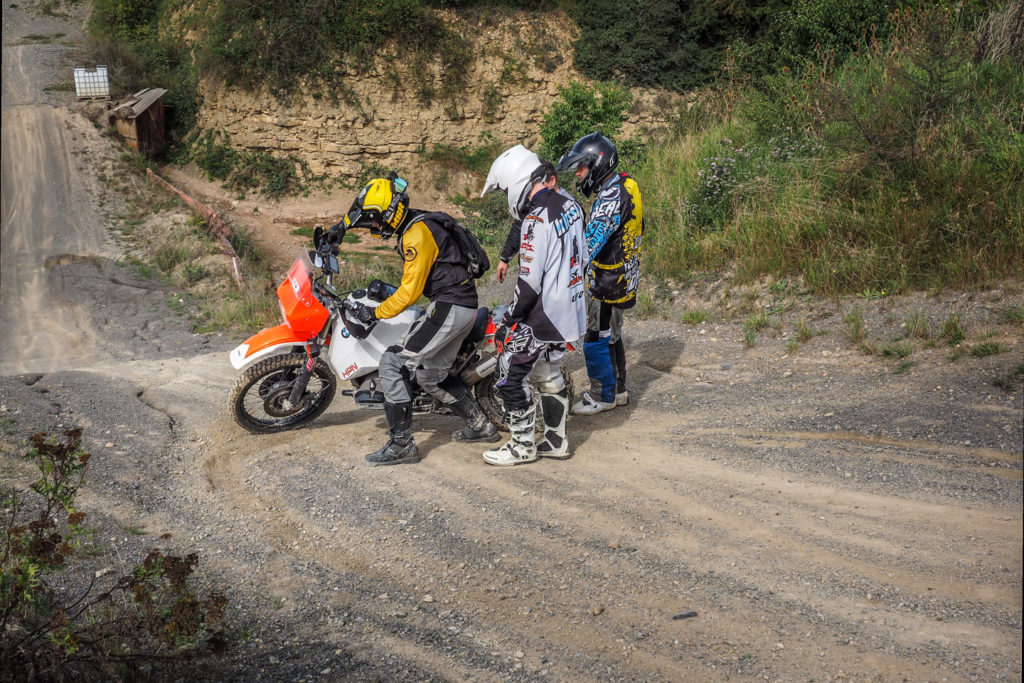 We 5 riders around the flying Finn and built a great team, I’m looking forward to ride with them again soon. 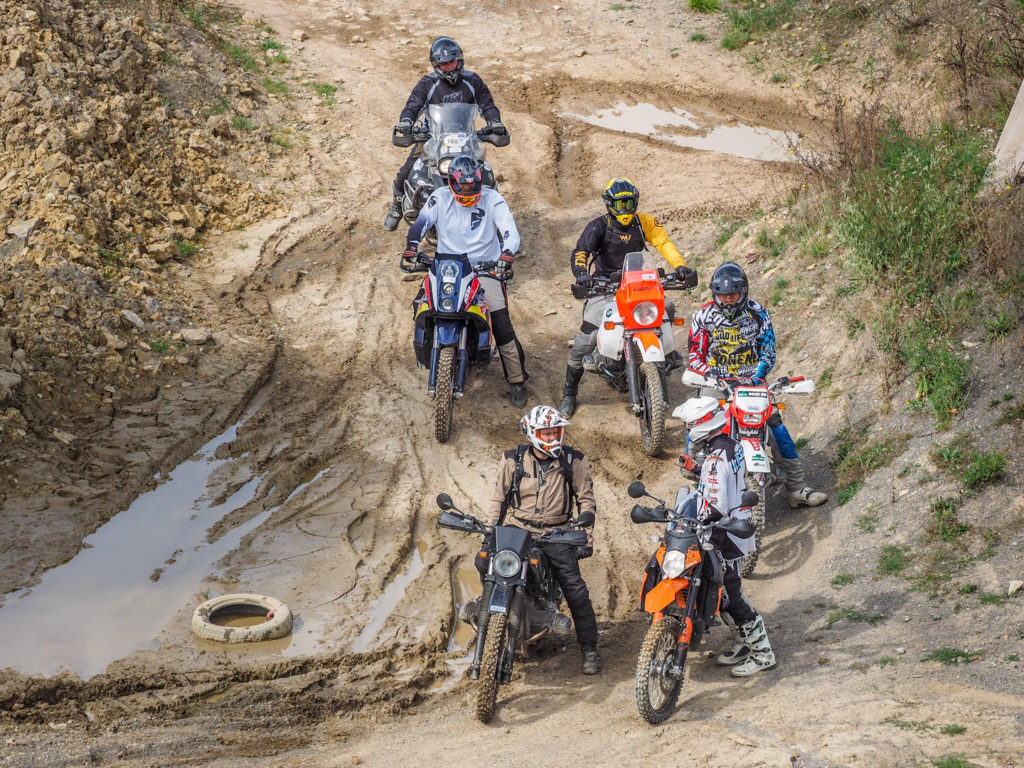 I crashed once a bit harder and broke my windshield, thanks to HPN I got a good price for a new one so that was fixed in no time. For fast hill climbs it’s in my way anyway so in the future I will demount it before going offroad on that level.

Learned a lot, also getting into fun stuff like brake slide turns, drifts and so on.

I already saved the date for the Enduroboxer Meetup 2018 starting August 31th until September 2nd at the MX Track Schwarze Pfütze again near Schweinfurt. Join me if interested!